The North Cornwall Township Board of Supervisors recognizes the need for parks, ball fields, walking trails, and other recreational amenities to sustain the various forms of recreational activities for all age groups. Adequate recreation facilities and programs are a vital part to the quality of lifestyle residents enjoy within our community.

In the late eighties the North Cornwall Recreation Association was established to promote youth programs and to build & improve the ball field facilities within the Township. For many years, the Neversink Fire Company has sponsored a little league team and allowed the use of their field for youth baseball programs. Because of their generosity, the Township agreed to maintain the Fire Company baseball field, located at 19th and Walnut Streets. Through fundraising, volunteerism, and Township Recreation funds, a new backstop was installed and improvements were made to the bleachers, dugouts, and the field.

In 1996 the Association approached the City of Lebanon Authority, who owned five acres of land along Dairy Road, about leasing the site for ball fields. The Township entered in to a lease agreement for a minimum yearly fee and with the help of the Township funds and private donations this site was developed and became the Dairy Road ball fields. Designated as temporary fields until Township owned facilities were developed, the Dairy Road Fields have been in utilized for over ten years and currently used for the North Cornwall Recreation Association Little League Baseball Programs and the Annville / Cleona – N. Cornwall Youth Soccer Programs.

The Township Supervisors realized the need for recreational facilities and in 2002, approved Resolution 2002-10 and Ordinance 229, which required developers to pay a fee based on lot value. Then in 2006, Ordinance # 229 was amended which states; at the discretion of the Board of Supervisors, developers were to provide a percentage of acres for recreation or a fee in lieu of land, depending on the Township’s need at the time. Any money acquired is held in an interest bearing Recreation Escrow for Developers Account and earmarked strictly for recreational expenses. Funds must be utilized within three years of deposit, if not, the Township must forfeit the money back to the developer. Since 2002, the funds have helped considerably in purchasing, building, and maintaining Township Recreational Facilities and Equipment.

In 2004 the Township Board of Supervisors established the North Cornwall Township Recreation Board. The purpose of this Board was to serve as a liaison between the Township Board of Supervisors, Management, and the Youth Associations that utilize the Township’s fields and playground. More importantly, the North Cornwall Township Seven Member Recreation Boards’ focus is to make recommendations on the recreational needs of the community, securing potential land areas, financial ways to develop facilities and support the programs, and any other recreational related issues. The Recreation Board immediately began looking for means to acquire and develop more Township owned recreational facilities. During the last few years, the Board has been discussing, planning, and working on four recreational facility projects. Listed below is a brief outline for each.

For more information on the Township Recreation Board, including board members and meeting dates, click here.

The North Cornwall Township Recreation Association (NCRA) offers a well-established baseball program for the youth of our community. Teams for various age groups are open to children living within the Township. For player registration or other information, please visit the NCRA Baseball Facebook page www.facebook.com/NCRABaseball or contact Brandon Yorty via email (northcornwallbaseball@gmail.com). 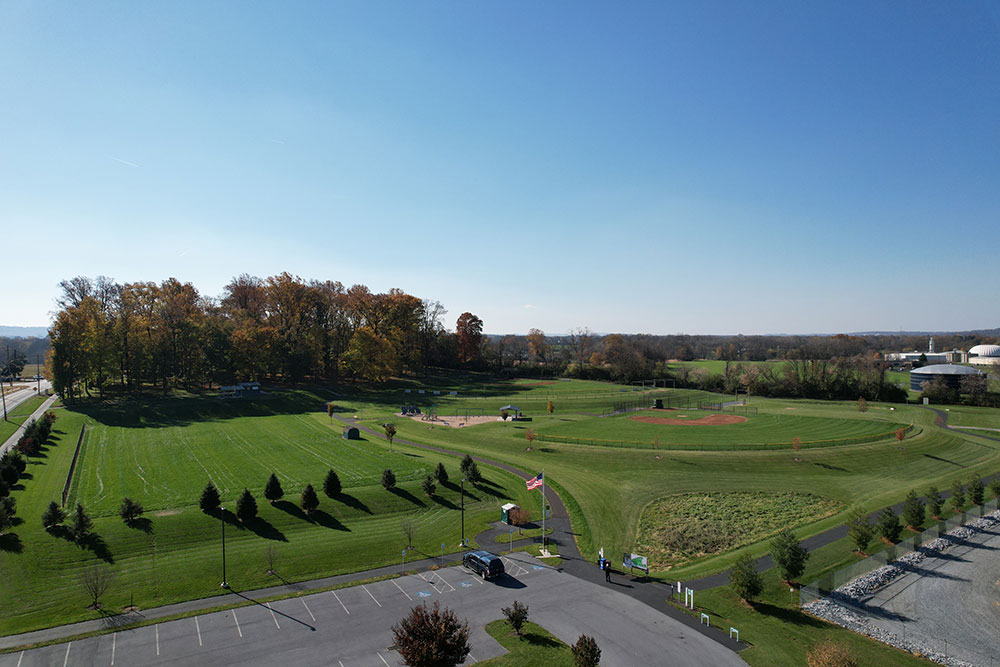 Click here for a brochure with information on how you can help support our newest park (Gloninger Woods Park).

To sponsor a specific item at the Gloninger Woods Park, please select from the following: